People frequently ask how taxes in Illinois compare to those in other states. The answer to that question depends on who you ask. Advocates for increasing government spending present statistics that show Illinois as a low-tax state, while those who want a more limited role for government present statistics that show Illinois as a high-tax state. Over the next few months, we will release a series of Tax Facts articles attempting to provide a true picture of where Illinois stands. We first look at the overall tax climate in Illinois, which includes income taxes, property taxes, sales taxes, excise taxes, and other taxes imposed by state and local governments.

ILLINOIS TAXES ARE ABOVE AVERAGE 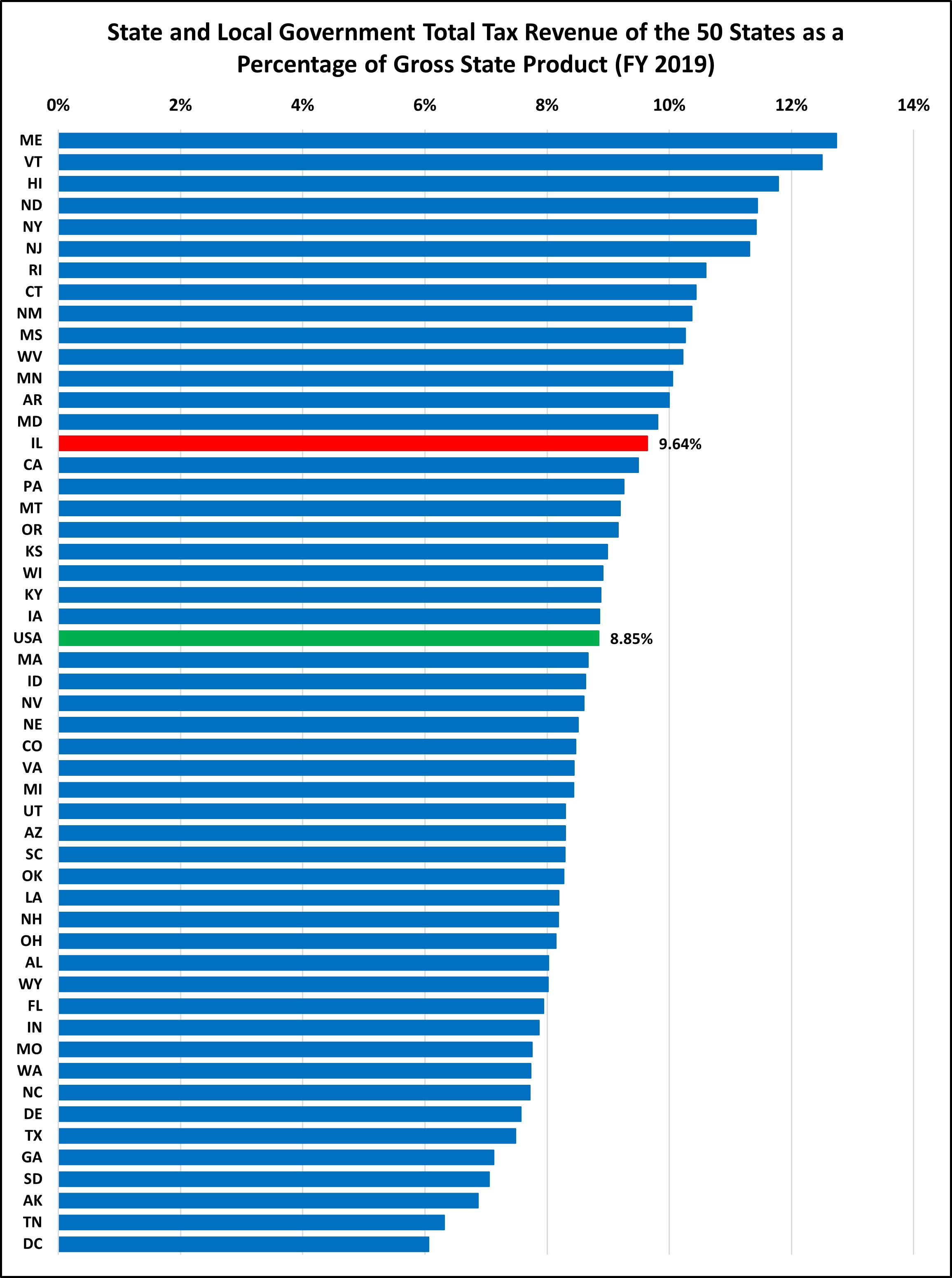 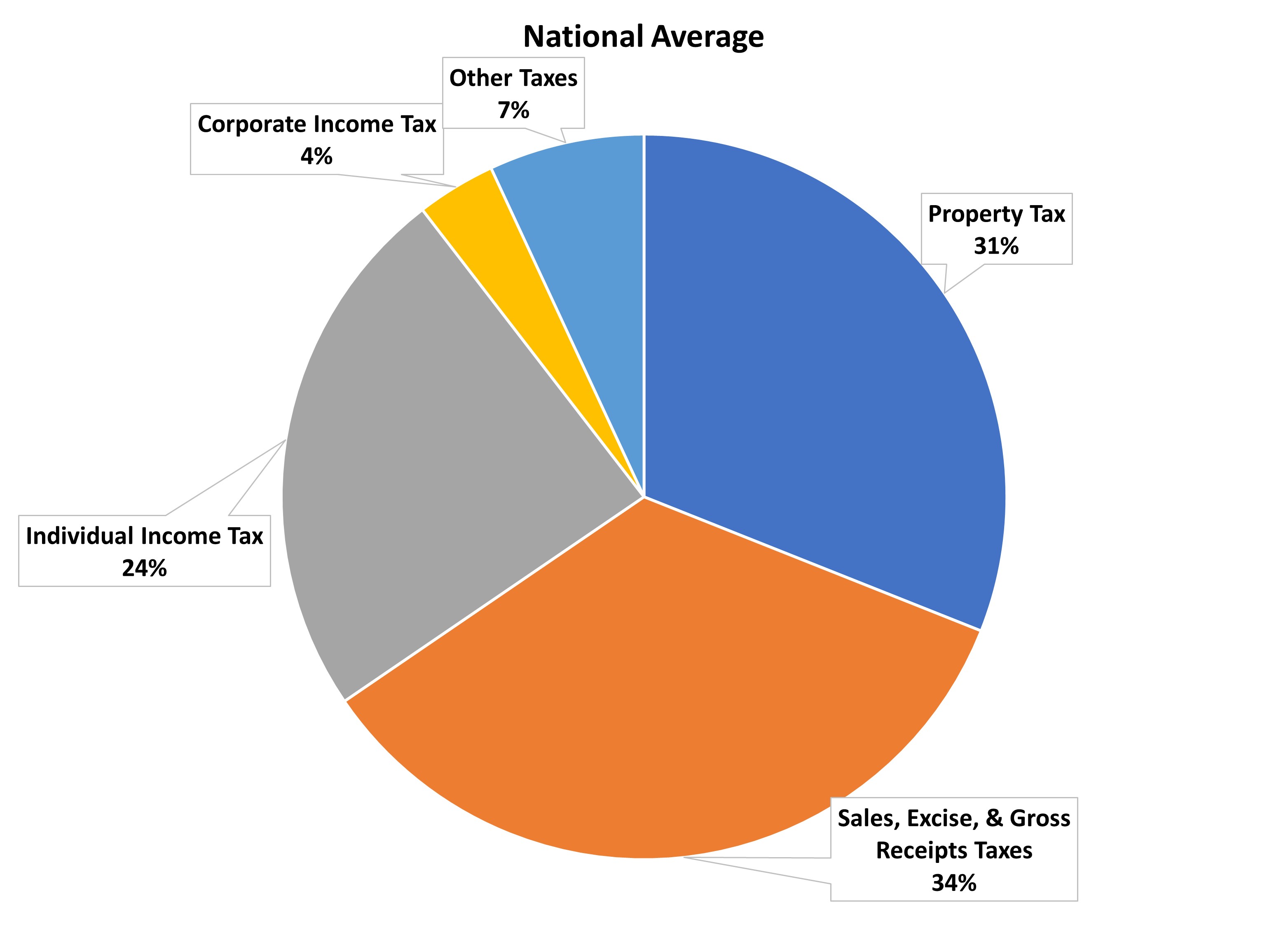 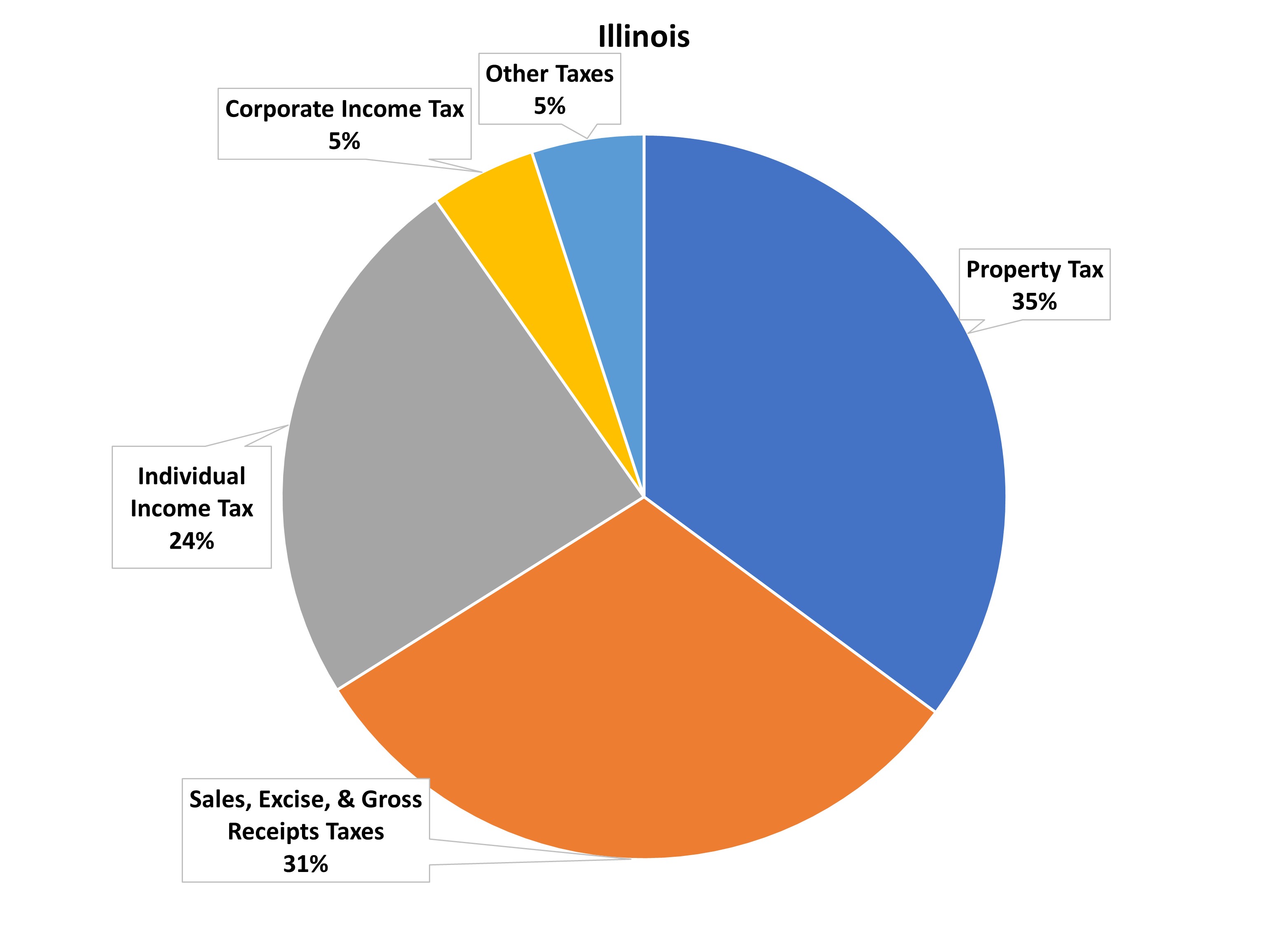 PER CAPITA TAXES IN ILLINOIS ARE HIGH 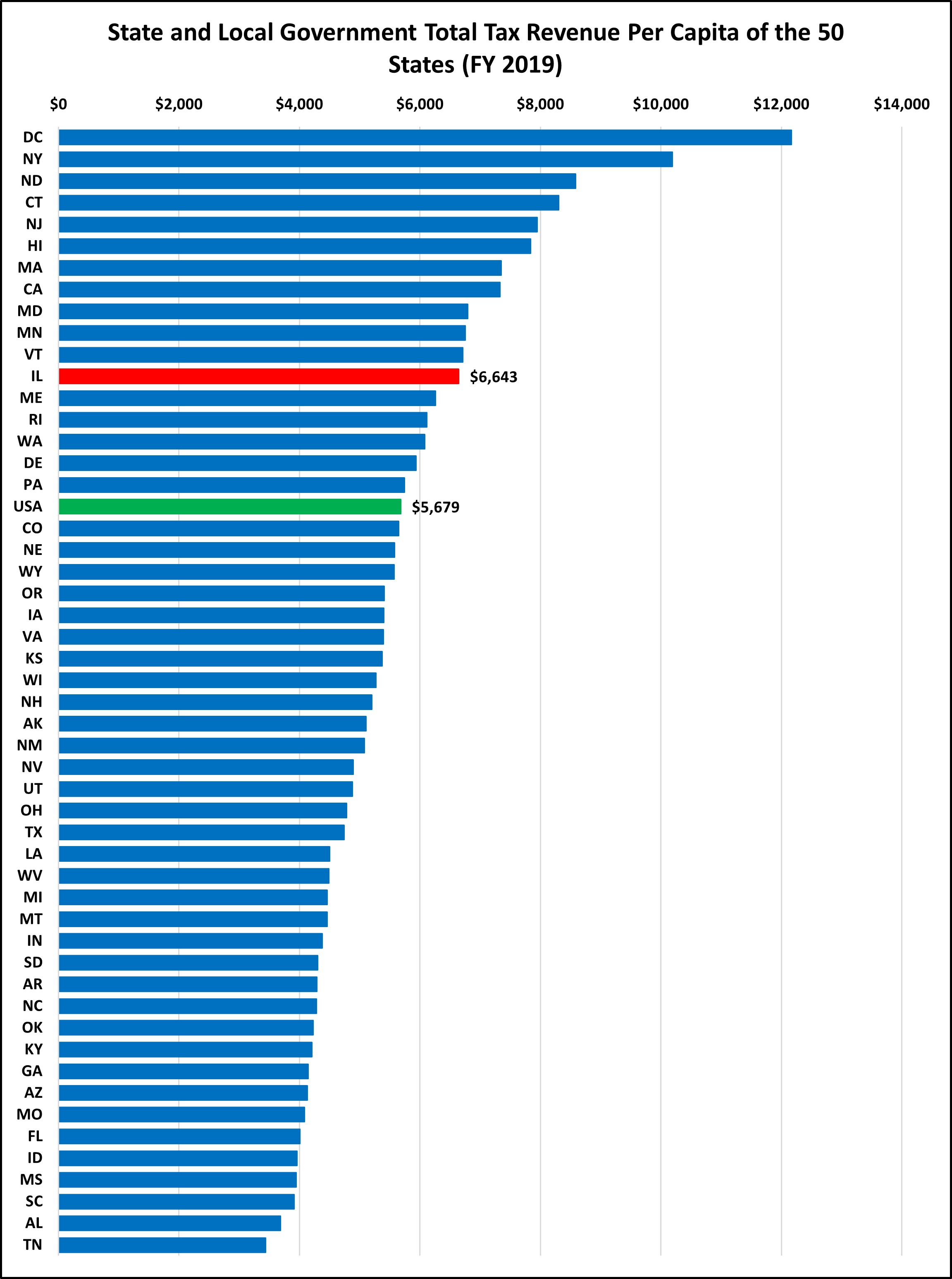 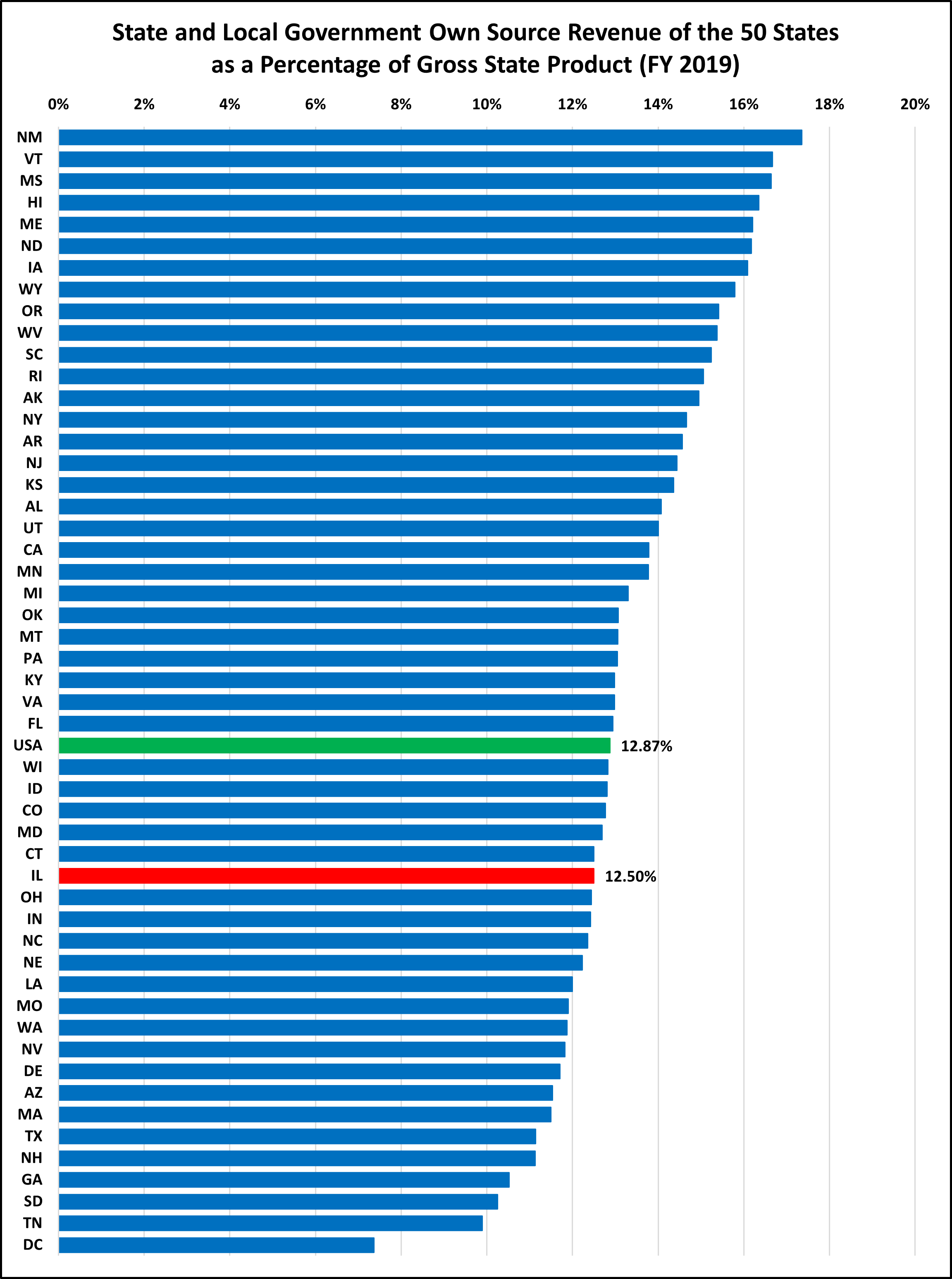 So far, we have compared total tax collections in Illinois (which includes income, sales, property, excise, utility, and other miscellaneous taxes) to collections in other states. We have not looked at other revenues that state and local governments receive, such as fines, fees, college tuition, tolls, and other similar revenues. One can argue that a more inclusive figure (commonly called own source revenue) is a better measuring stick, since a person doesn’t care if a payment they make to a government is a fee or a tax–it is still going to the government. However, most fees are for a specified service (or should be), such as parents paying a sports fee for their child to play high school soccer or a driver paying a highway toll. And the revenues from these fees are generally used to fund that specific service (the soccer team or highway), rather than for general government purposes. It can be useful to look at this more inclusive figure, which shows that Illinois is below the national average.

Tax revenues are above average, according to one of the previous charts, but total own-source revenues are below average, which seems contradictory. What is driving this difference? Own source revenue does not include revenues from government run utilities and liquor stores, but does include revenues from government run hospitals. Illinois’ state and local governments collect only $173 per capita from government run hospitals while the national average is $557 per capita. Nationally, 19% of hospitals are run by state and local governments. In Illinois, that figure is 12%, which explains why we collect a below average amount. If Illinois were at the national average, we would collect an additional $4.9 billion in hospital revenue. However, governments that collect hospital revenue need to provide medical care in exchange for those payments. If Illinois wanted to increase the hospital revenue figure, our state and local governments would also have to increase the number of, and amount of expenditures on, government hospitals. Increasing hospital revenues would not guarantee any additional funding for other state functions or otherwise alleviate Illinois’ tax burden.

While this own-source revenue comparison may be useful for some purposes, understanding it requires looking at what is driving the difference: where is Illinois significantly below average, and where are we significantly above average. In this case, Illinois’ below average ranking is mainly due to fewer government operated hospitals in Illinois. 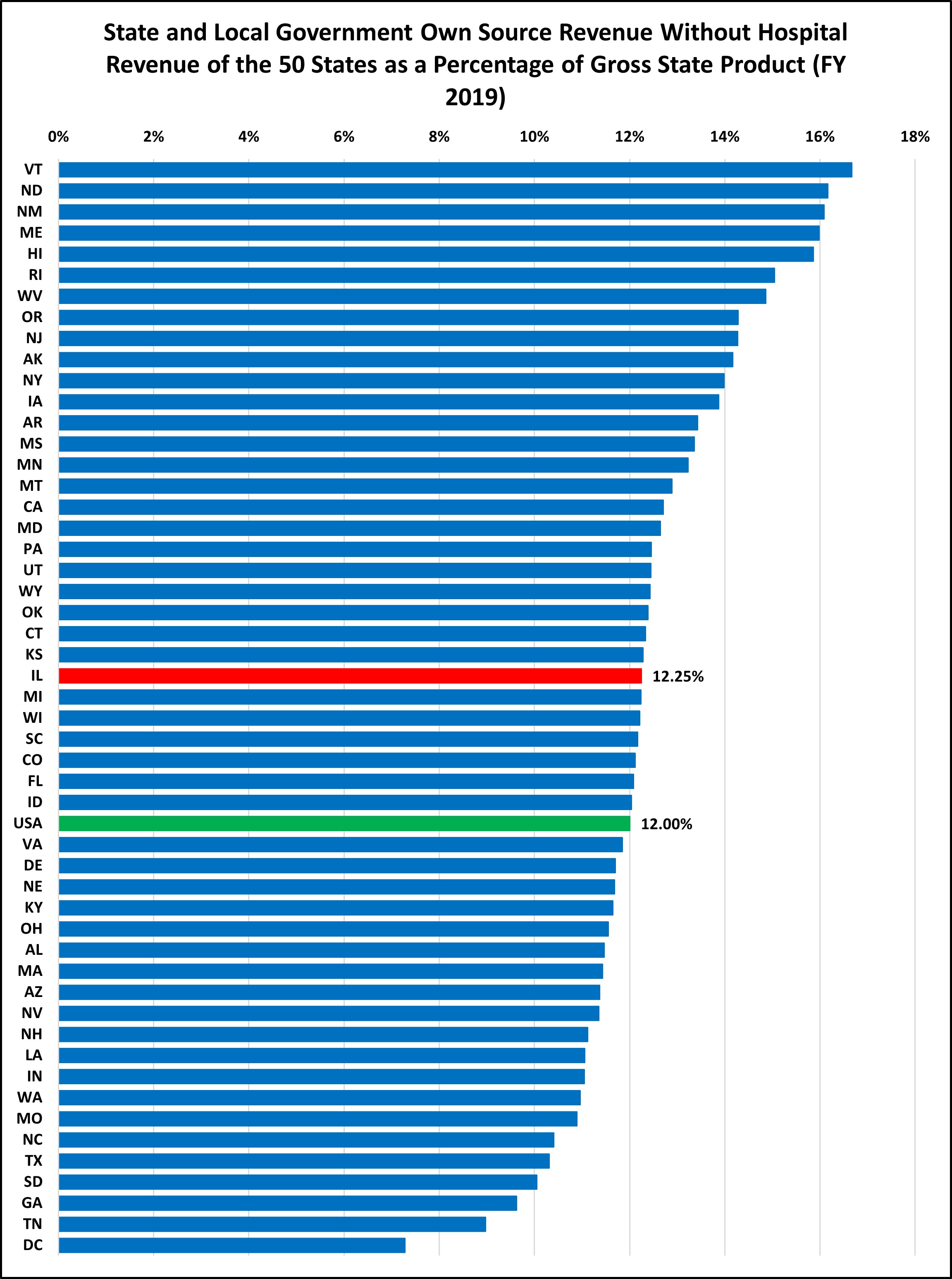 When government hospital revenue is removed from the own-source revenue data, Illinois’ ranking increases. Illinois went from below average to slightly above average, meaning Illinois is not much of an outlier after all.

UNTIL RECENTLY, ILLINOIS TAXES HAVE BEEN BELOW AVERAGE

Data from the Illinois Department of Revenue was obtained from their website or through a Freedom of Information request.